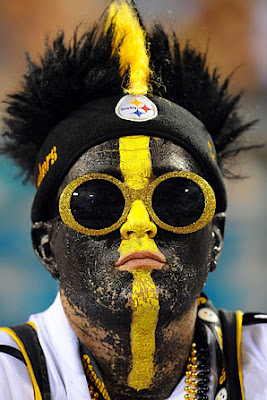 20 And the multitude cometh together again, so that they could not so much as eat bread.

21 And when his friends heard of it, they went out to lay hold on him: for they said, He is beside himself.

20 Then He came to a g]”>[g]house [in Capernaum], and a crowd formed again, so [many people] that Jesus and His disciples could not even eat a meal [together]. 21 When His own family heard this they went to take custody of Him; for they were saying, “He is out of His mind.”

1 a person marked or motivated by an extreme, unreasoning enthusiasm, as for a cause.

But society has hijacked this word.

2 a person affected by excessive enthusiasm, particularly on religious subjects; one who indulges wild and extravagant notions of religion.

When you think of a fanatic, don’t you picture a wide eyed crazy person carrying a sign that says “The end is near!“

Why when a person dedicates their entire existence to football or music or school or business or that you don’t picture a crazy person but one you might even look up to?

Let’s re-examine our commitment to Christianity

Maybe looking at Jesus through a new lens will help us be better people…better Christians.

What are we NOT doing for fear of being labeled a FANATIC?

Can we be a fanatic without acting like a crazy person?

Live your life in such a way as to love and uplift others with the love and kindness of Jesus, so they want to know what you know.

4 Don’t you realize how patient He is being with you? Or don’t you care? Can’t you see that He has been waiting all this time without punishing you, to give you time to turn from your sin? His kindness is meant to lead you to repentance.

You Can’t See Your Faith Grow

My Go To Scriptures